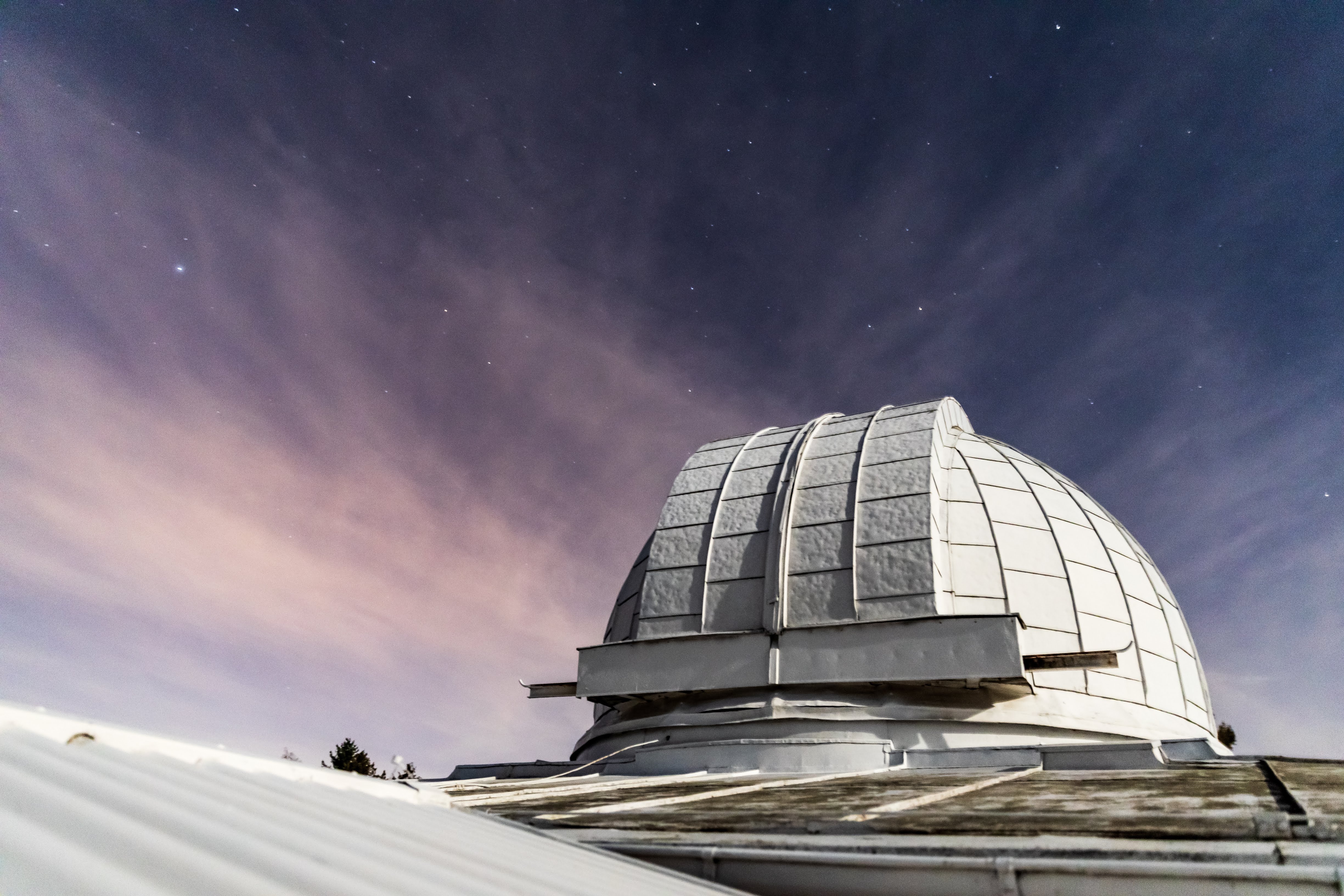 The control system was developed during the modernization of the solar patrol telescope at Astronomical Institute of CAS. The aim of the Solar patrol is to provide daily observation of the sun serving many (not only) scientifics purposes.

The observatory is equipped with several telescopes (refractors): 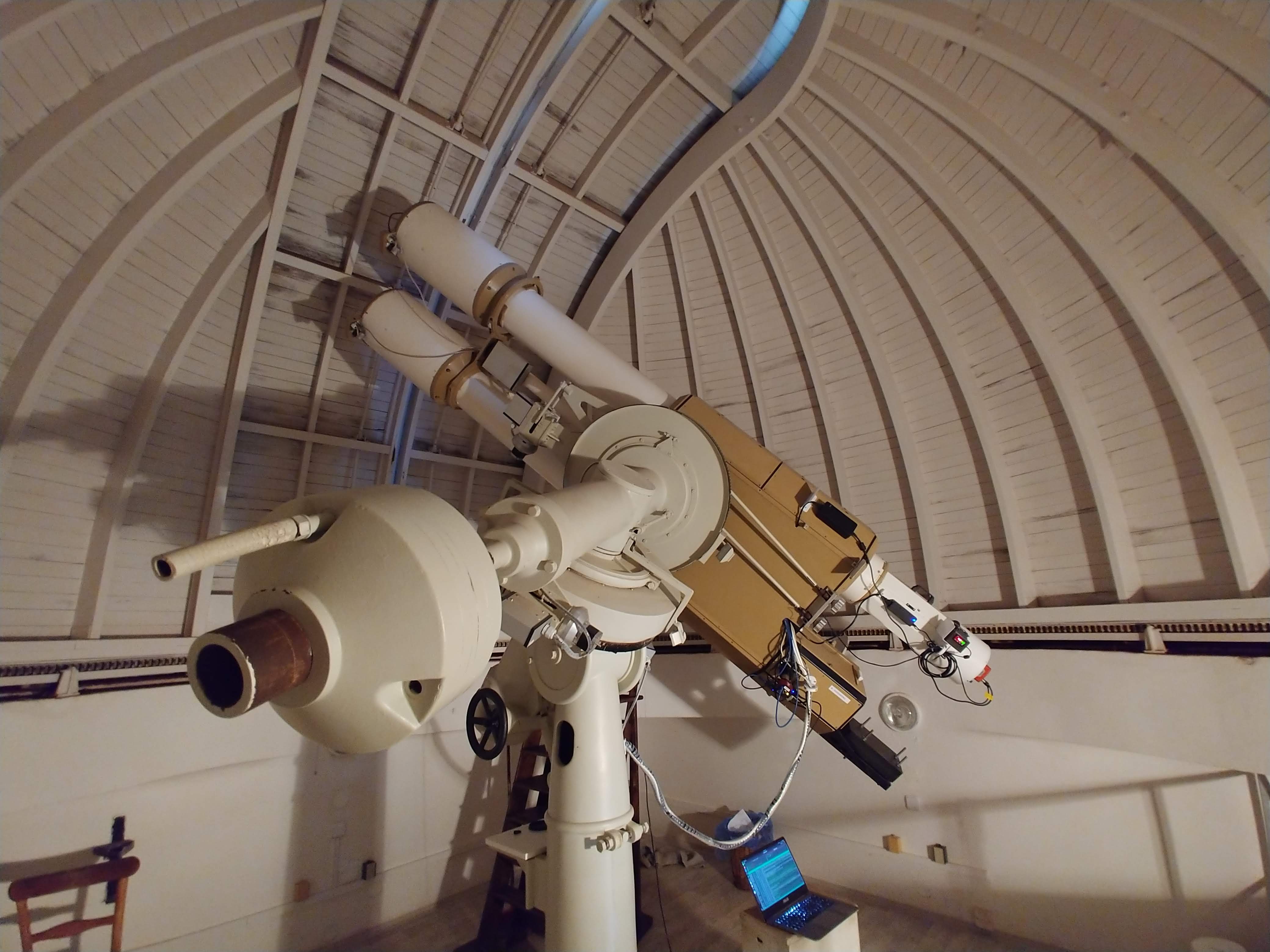 UST company has modernized the control system of Partrola’s telescope system. The aim of this upgrade was for the telescope to by able to perform all-day solar observations with a minimal need for interventions by observer and to produce high-quality images and solar drawings.

Control and power electronics is based on the MLAB kit. System is controlled by Odroid C2 one-board computer. The software is built on the framework ROS and AROM, which allow easy expansion with new features.

The system is primarily controlled via web interface. The advantage is that the system is independent of the operator’s computer and it is also platform independent. 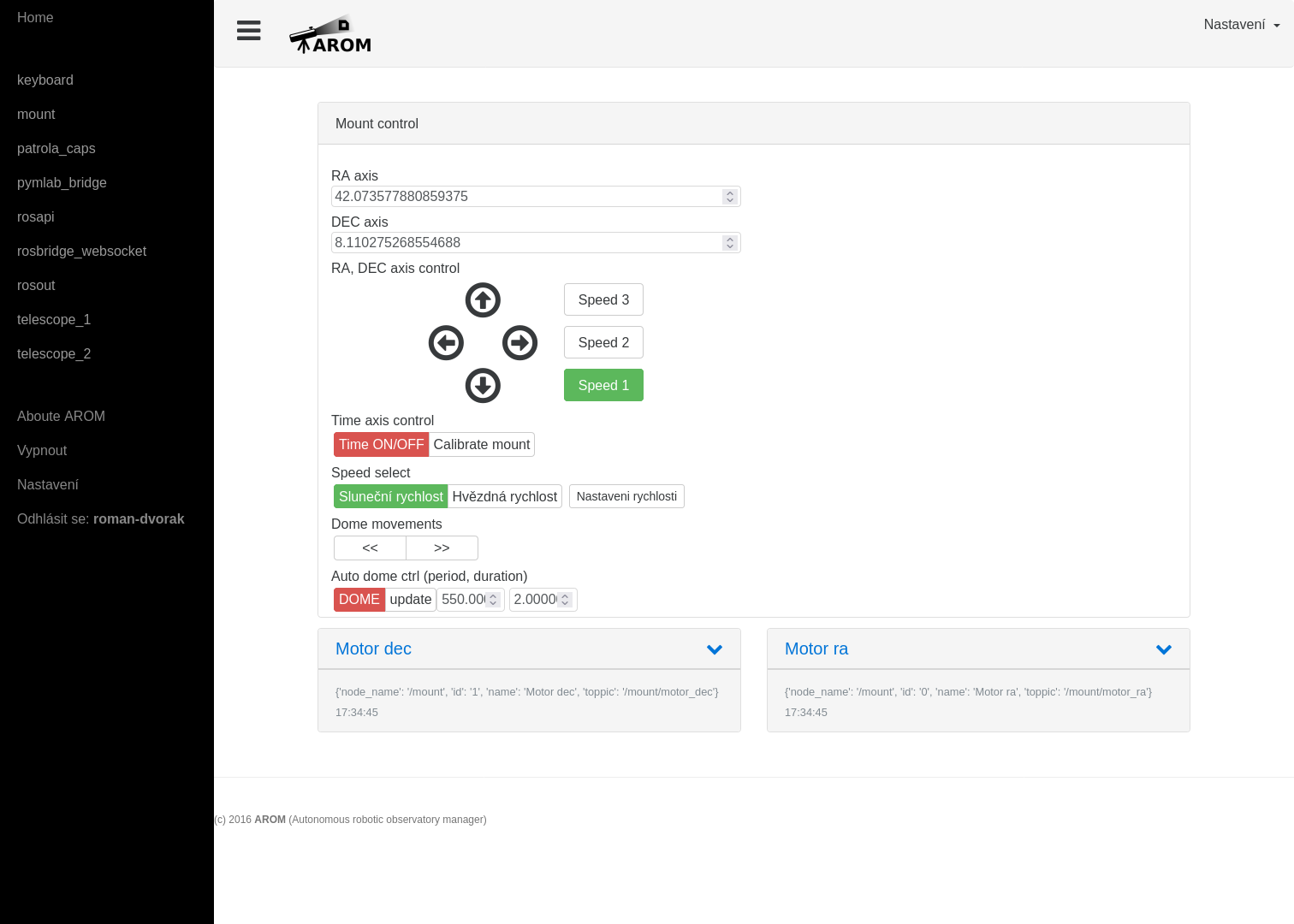 The telescope is equipped with a local (wired) controller, which allows basic tasks such as moving the mount, opening and closing the caps/shutters or focusing the telescopes.